Beautiful things are hard to find, just as diamonds are always symbiotic with snakes. Listen to the story of the Valley of Diamonds brought to you by the famous Roman philosopher Pliny.

According to legend, in 350 BC, Alexandera of Macedonia rushed to India to find diamonds in a deep pit, but there were many snakes guarding the pits. These snakes could kill people in a few feet away. Alexander ordered the soldiers to use the mirror to refraction (concentrate), burn the snake, and then throw the lamb into the pit. The diamond in the pit sticks to the lamb. The lamb attracts the vulture. The bald eagle and the mutton bring the diamond into the belly. After flying away, the soldiers tracked and chased the vulture to get the diamond. From this legend, the viper is the patron saint of diamonds. 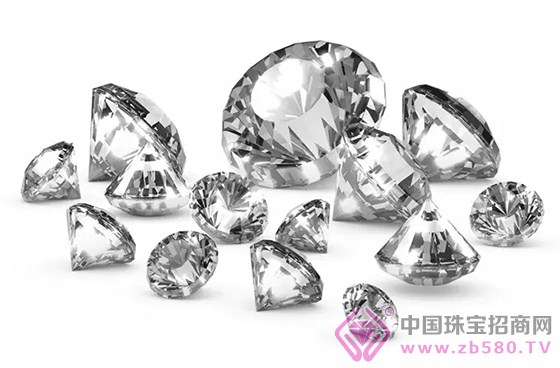 Is the poisonous snake sent by God to guard the diamond?

Diamonds emit light when exposed to X-rays or ultraviolet light, especially in dark places or at night, emitting blue, cyan, green, yellow and other colors. In ancient China, diamonds with this characteristic were called "night pearls." The diamonds in the deep valley near the Mufti ladder in India will emit light cyan fluorescence at night after being exposed to the sun's ultraviolet rays during the day. These fluorescences have attracted many phototaxis insects, and insects have attracted a large number of frogs, and frogs have attracted many snakes. Intertwined, this is the reason for the poisonous snake in the deep valley of diamonds.

Until the middle of the 19th century, people also regarded diamonds as a magical stone. Why is diamond the hardest among all the known 4,200 minerals? Where and how is diamond produced? All of this, people at the time were still completely ignorant.

Humans have a long history of dealing with diamonds. As early as the 1st century AD, there was a record of diamonds in the Roman literature. At that time, the Romans did not use diamonds as decorative gems, but used their incomparable hardness as a knives tool.

Later, with the advancement of technology, diamonds were used as gems for jewelry, and the price became more and more expensive. In the 15th century, in some European cities, such as Paris, London and Antwerp (the northern city of Belgium), it has been possible to see some craftsmen using diamond powder to grind large diamonds and process diamonds.

Diamonds are becoming more and more expensive as gemstones, however, scientific research on diamonds is relatively slow. An important reason is that the â€œminesâ€ with diamonds have not been found for a long time. The diamonds that have been found are all collected by rivers and gravel in India and Brazil, and the quantity is very rare. . Especially high-quality diamonds are extremely expensive, and only the royal family can afford them. Studying such expensive diamonds is almost impossible in such a situation.

In the 19th century, the situation changed. In 1866, a teenager named Erasmus Jacobi, who lived on a farm in South Africa, played on the beach of Orange River, inadvertently picking up a weight unit of 21.25 carats (4.25 grams. carats, gems, 1 carat = 0.2 g) of rough diamond. The diamond was immediately presented to the World Expo in Paris (1867â€“1868) by the British colonial governor and named â€œUricaâ€ (Greek, meaning â€œI found itâ€).

Hearing the news of the discovery of diamonds in South Africa, thousands of prospectors rushed to the Orange River for a time, forming a wave of diamond-seeking. Among them was a brother named Bernat, and soon he was very fortunate to find a diamond mine near Kimberley.

The discovery of diamond deposits is of great significance. By studying the geological structure of the mine, it is possible to know where diamonds are likely to form.